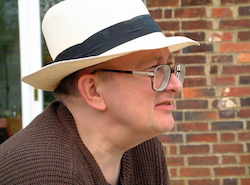 Devi’s interest in PCP began when someone told him it was a way of talking with people about themselves in their own language rather than in psychologist’s language. This has influenced his teaching in the UK, USA and Poland, his work as an occupational psychologist, his research in cultural differences and personal identity, and his consultancy for organisations such as JPL-NASA, Unilever, Rolls-Royce and the UK Department of Social Security.

He specialises in repertory grid technique in all of these fields and has published widely, His current position is Professor of Constructivist Managerial Psychology at Edinburgh Business School, Heriot-Watt University.

The Lab is based in Italy in Residenza San Marco, a beautiful old monastery from 1443 in the lovely thermal town of Monteortone (Abano Terme).